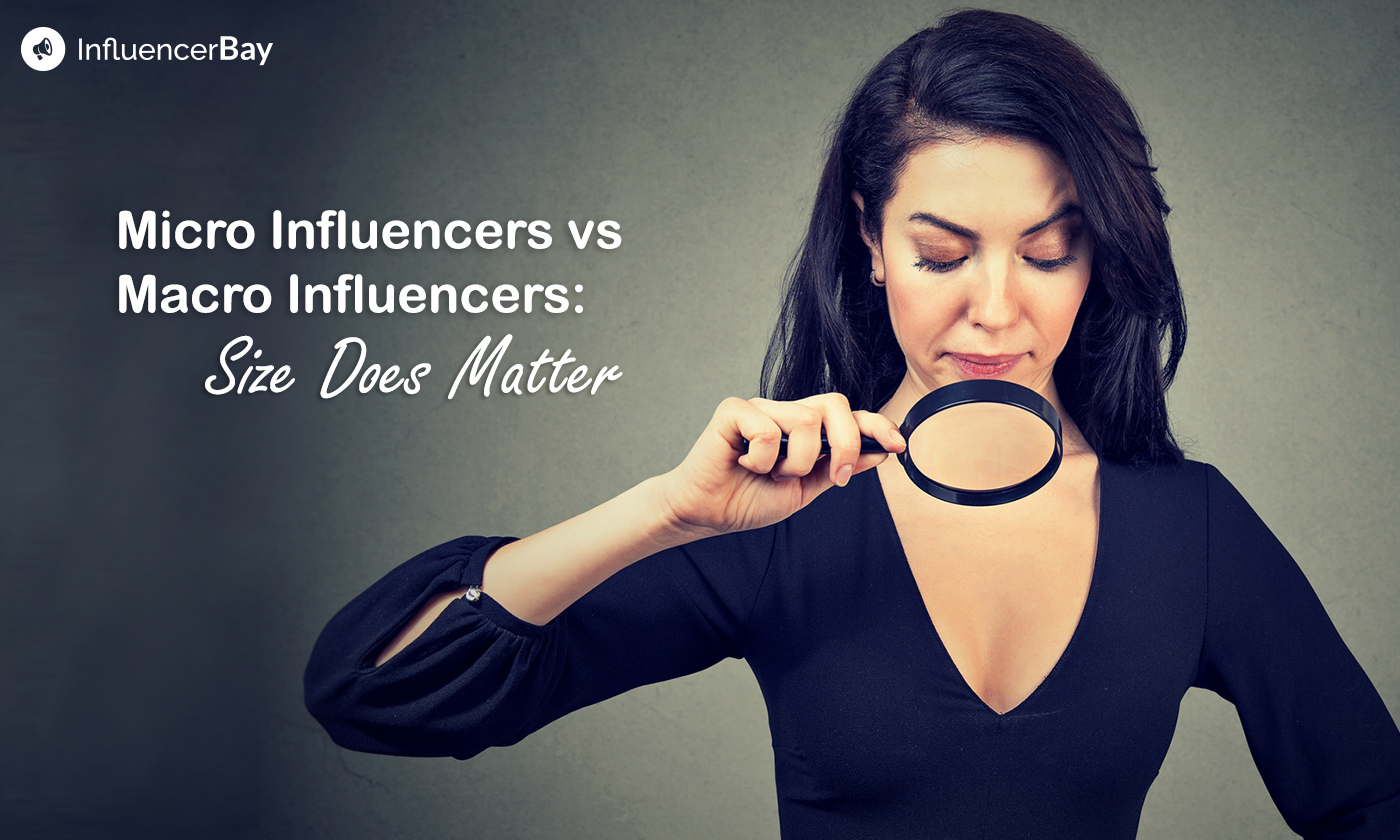 In this article, I will define macro and micro influencers, compare under engagement rates, trust, reach impact and cost. I will then summarise my findings along with relevant data and examples.

Read my earlier article on “What is a Social Media Influencer”.

This is where the data is relevant, a 2016 study carried out by Markerly has indicated that as the number of followers increases, the level of engagement decreases:

Collective Bias surveyed over 14,000 people relating to digital behaviour and how it may affect in store decisions.

Some of the results were huge, over 60% of people were found to have consulted blogs or social media posts on products before considering a purchase.

Content that comes from a micro influencer is far more credible and trustworthy. This doesn’t mean macro is bad, it has a lot more credibility than traditional advertising, but there is only one winner here.

One area where micro influencers fall down is reach. Let’s look at Kylie Jenner as an example, she is the leading influencer in her age group and one of the biggest in the world.

Kylie has over 90 million followers and her social media posts commonly get 1 million engagements.

How many micro influencers would you need to hire to reach this amount? 100? Would that even cover it?

Engagement is low but if your brand wants to get in front of as many people as possible and a few hundred thousand grand doesn’t deplete the marketing budget completely – macro may be the way to go.

On the flip side, if reach for you is about quality and not quantity, this needs to be considered.

Micro Influencers have another distinct advantage, they are generally industry or subject experts with a loyal and relevant following. Compare this to macros wide ranging passive following.

Determining who has the greater impact is not an easy step.

Let’s take an example, a luxury hotel chain wants to increase bookings across 26 countries. Which campaign would have a bigger impact?

The difference here is the micro influencer’s content will last a lot longer, reach and influence more relevant people. While the macro may cause a momentary spike in bookings, the micro influencers are a long term, targeted solution to increase your hotels standing.

I have purposely left this as the last factor for discussion as it is very often the make or break of a marketing campaign. High cost needs a high ROI, data powered marketing must work in this way.

The cost of macro vs micro influencers for start-ups and SME’s are straight forward, Macro is too expensive. For larger brands, however, you need to carefully weigh up the pros and cons of each. To help, I have included potential costs of working with influencers published in the New York Times.

So this data only looks at a sample and while not being an accurate guide (it only looks at 3 -7 million and 50 – 500000 followers) it gives a good overview of the difference in pricing and how to get the most value from your influencer marketing campaign.

It is easy to make a case for both as we have so many successful campaigns out there. However, from looking at the data there is a clear winner in Micro Influencers. Higher engagement, better source, a more powerful impact and a fraction of the overall cost of Macro.

Not to get caught up in the stats, but let me point out a few more reasons why we should use micro influencers:

Macro influencers are in demand and high cost, the only time I would recommend you go this route is if you have a huge marketing budget and a great idea for an engaged influencer to get involved.

Go with micro influencers, give them a creative licence and see where they take your brand.

Liam Fitzpatrick
Liam is a digital marketing strategist and expert. He graduated from DCU in 2010 with a B.Sc in Marketing, Innovation and Technology.